We have been asked a few times to promote new artists/groups/tracks so this page will feature new tracks now playing on WKDfm Radio.

David will create a relaxing mood for your function with foot-tapping numbers, gentle melodies and show-stopping themes from films and musical shows, all played with full bodied tenor saxophone, and mellow clarinet. The change of instrument produces a refreshing sound contrast and feeling.
more info 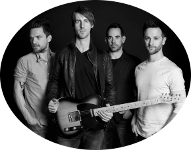 We're made up of four session musicians who have collectively performed with industry giants such as 10cc, Adele, Alice Cooper, Tony Hadley, Jason Derulo, Paul Weller and many others. We work extensively in London’s West End on shows including Kinky Boots, School of Rock, Sunny Afternoon, Rock of Ages, We Will Rock You as well as on TV shows such as X Factor and Britain’s Got Talent. In 2017 we joined forces as The Kendall Connection and released our debut single, Staring Back at Me, which received positive reviews followed by a three track EP

Everyone wonders “How Much More?” sometime in their life, but not everyone has been challenged like the members of Ivory Tower Project have been, making this a very fitting title for their latest album.
The New York-based vintage rock band, led by Mark Regula (vocals, keyboards, acoustic guitars, percussion, bass and drums) and Tony Novarro (guitars, backing vocals, bass, percussion, drums and engineering) and featuring the late lyricist: Johnny Jace, packs a powerful 70/80s pop/rock punch in its music.
Writing songs in the vein of Foreigner, INXS, Boston and Styx, Ivory Tower Project was formed in the 1980s and members have seen their share of tragedies through the years. Johnny Jace passed away in 2003 and the lyrics in ‘How Much More?’ are some of his last. The group’s original drummer; Sal DiAngelo died in 1983. A serious car accident in 2009 left Mark Regula barely able to walk and suffering from chronic pain. Still, Regula has persevered and kept Ivory Tower Project alive and growing. Longtime collaborator, friend and studio guitarist: Tony Novarro stepped up and became a strong partner. 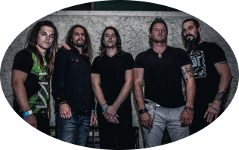 In 2008, Kelly approached John John LeCompt (Evanescence, We Are The Fallen, Machina) along with Phil Taylor (Future Leaders of the Worldand Machina front-man) about getting together and doing a few songs for fun. Those few songs turned into 12 and NoMara was born. The self-titled CD was released in 2009 and sold 10,000 copies. NoMara toured minimally that year and consisted of several line-ups of fill-in members. In 2012, Kelly and John began working on new material out of John’s Red Room Studios in Little Rock. In 2015 they completed “…And So It Begins” a 5 song EP packed with in your face hard rock songs. Since that date, there has been no looking back.

Maurizio Parisi a.k.a. Red Morris is a Brescia-based rock guitarist, who ever since he was a child, he's fascinated by every noise that can sound like a rhythm!! As a teenager he studied classic guitar for four years and later he decided to study electric guitar. He strongly influenced by classic rock bands like Santana, Pink Floyd, Led Zeppelin , Thin Lizzy,Cream, Gary Moore. 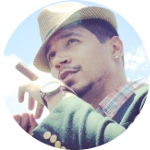 The members of iLL-iteracy are Scott Dudley - "Chris Prythm", Kirk Dudley - "Speek Eazy", Corey English - "WiLL Spitwell", and George Trent - "Young Observe". Now operating under the witty moniker "iLL-iteracy," they site influences such as God, each other, Roanoke City, prayerful mothers, scornful fathers, the loss of loved ones, and all the typical conditions that define an inner-city. Their sound is inspirational but far from ignorantly blissful and their musical arsenal ranges from upbeat anthems to thought provoking, more conscious selections. 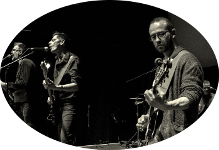 In 2014 a post-retirement-from-music no-pressure hobby band goes horribly wrong and this... this... howling creature... emerges from its grave, demanding to be heard. Remembering what it was once about and making it happen again. This time it's bigger, better, vibrant and alive; it simply will not die.
​Digging up garage bands from the '60s, uk punk from the '70s and nailing it back onto the dirty end of Britpop where it began for them...Andy, Andy, Dave & Sid are: LANDSPEEDER 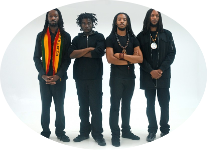 At their core, Royal Sounds are a family based unit formed by brothers Ajani and Gyasi. Together with cousin Hannibal and Ras Sempah, the brothers have an impeccable reggae pedigree as their father Ras Alkebu was lead guitarist for the legendary Prince Lincoln Thomson’s Royal Rasses. We have five tracks to enjoy, "Natty In London", "Vampire Slayer", "No Amnesia", "Music Message" and "Love". Hope you enjoy them

Alexey Davletshin is a universal guitar player who performs music on the verge of jazz, blues and rock.
The basis of his current concert program - "Romantis Man" - the third numbered album, released on the label ArtBeat Music in 2015.
The main style of the album "Romantic Man" is blues-jazz-rock. 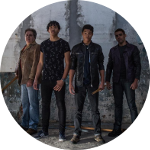 Joshua & The Oneway Band originated from Portugal.
Their first track to appear on WKDfm Radio is a ballad called "Reason".
Hope you enjoy it. 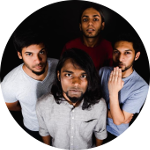 The Doppler Effect originated from India.
Their first track to appear on WKDfm Radio is "Told You So".
Hope you enjoy it. 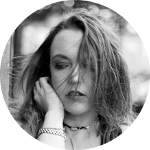 Verity White is a young lady with a powerful voice who hails from Cheltenham, UK.
She has provided us with 3 tracks to enjoy, "I Don't Care", "Look Inside" & "Too Much".
Hope you enjoy them.